Many famous people have been skeptics, and weren’t afraid to say so.  Here’s part of my personal treasury of nuggets, collected over the decades:

“I cannot be angry at God, in whom I do not believe.” – French existentialist-feminist author Simone de Beauvoir (1908-1986)

“All your Western theologies, the whole mythology of them, are based on the concept of God as a senile delinquent.” – Playwright Tennessee Williams (1911-1983), The Night of the Iguana

“There are a score of great religions in the world, each with scores or hundreds of sects, each with its priestly orders, its complicated creed and ritual, its heavens and hells. Each has its thousands or millions or hundreds of millions of ‘true believers.’ Each damns all the others with more or less heartiness—and each is a mighty fortress of graft.” – Novelist/socialist Upton Sinclair (1878-1968) 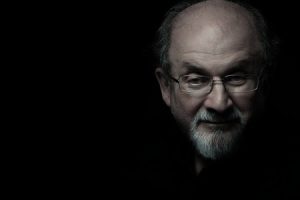 “The idea of the sacred is quite simply one of the most conservative notions in any culture, because it seeks to turn other ideas–uncertainty, progress, change—into crimes.” – novelist Salman Rushdie, 1990 Herbert Reade Memorial Lecture (while in hiding after Iranian mullahs offered $2 million reward for his murder for alleged blasphemy in The Satanic Verses)

“In ruder days, disputes about what constituted a fully-qualified Christian often led to sordid quarrels in which the disputants tortured, burned and hanged each other in the conviction that torture, burning and hanging were Christian things to do.” – New York Times columnist Russell Baker, December 1988

“Our existence is but a brief crack of light between two eternities of darkness.” – Russian-American novelist Vladimir Nabokov (1899-1977) 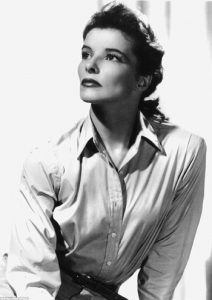 “I’m an atheist, and that’s it. I believe there’s nothing we can know except that we should be kind to each other and do what we can for other people.” – Actress Katharine Hepburn (1907-2003), Ladies’ Home Journal, October 1991 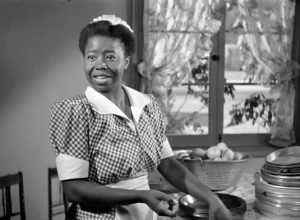 “I’m an atheist, and Christianity appears to me to be the most absurd imposture of all the religions, and I’m puzzled that so many people can’t see through a religion that encourages irresponsibility and bigotry.” – Actress Butterfly McQueen (1911-1995), who played a slave girl in the movie Gone With the Wind

“I don’t believe in God, but if I did, I would say that sex is a god-given right. Otherwise, it’s the end of our species.” – Actor Kevin Bacon

“To you, I’m an atheist; to God, I’m the loyal opposition.” – Comedian-actor-director-screenwriter Woody Allen

“Religion convinced the world that there’s an invisible man in the sky who watches everything you do. And there are ten things he doesn’t want you to do or else you’ll go to a burning place with a lake of fire until the end of eternity. But he loves you! And he needs money!” – Comedian George Carlin (1937-2008) 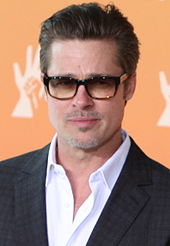 “I’m probably 20 percent atheist and 80 percent agnostic. I don’t think anyone really knows. You’ll either find out, or not, when you get there.” – Actor Brad Pitt

“Religion is but a desperate attempt to find an escape from the truly dreadful situation in which we find ourselves. Here we are in this wholly fantastic universe with scarcely a clue as to whether our existence has any real significance. No wonder then that many people feel the need for some belief that gives them a sense of security, and no wonder that they become very angry with people like me who say that this is illusory.” – British astronomer Fred Hoyle (1915-2001), The Nature of the Universe

“We are here because one odd group of fishes had a peculiar fin anatomy that could transform into legs for terrestrial creatures; because the Earth never froze entirely during an ice age; because a small and tenuous species, arising in Africa a quarter of a million years ago, has managed, so far, to survive by hook and by crook.  We may yearn for a ‘higher’ answer – but none exists.” – Paleontologist Stephen Jay Gould (1941-2002), Life magazine, December 1988 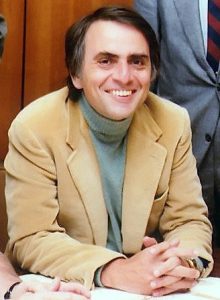 “If some good evidence for life after death were announced, I’d be eager to examine it; but it would have to be real scientific data, not mere anecdote…. Better the hard truth, I say, than the comforting fantasy.” – Astronomer Carl Sagan (1934-1996), The Demon-Haunted World, p. 204

“If you want to save your child from polio, you can pray or you can inoculate. Try science.” –  Sagan, ibid. p. 30

“In Italy, the Inquisition was condemning people to death until the end of the 18th century, and inquisitional torture was not abolished in the Catholic Church until 1816. The last bastion of support for the reality of witchcraft and the necessity of punishment has been the Christian churches.” – Sagan, ibid. p. 413

Actually, hundreds or thousands of other skeptical insights have been voiced by famed figures. In Ancient Greece, philosopher Prodicus said: “The gods of popular belief do not exist.” During the Renaissance, Michel Montaigne wrote: ‘Man is certainly stark mad; he cannot make a worm, yet he will make gods by the dozen.”

We doubters can be proud to be aligned with such a brilliant array of thinkers.

Jim Haught is the Editor Emeritus of West Virginia’s largest newspaper, The Charleston Gazette-Mail. His e-mail address is [email protected] and his phone is 304-348-5199.  He is the Writer-in-Residence for United Coalition of Reason, where his e-mail is [email protected].