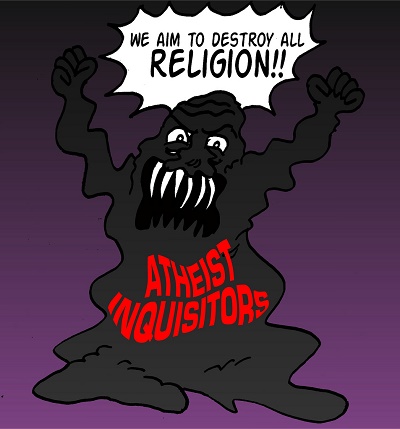 In recent years we’ve come to think of atheism as an evangelical creed not unlike Christianity. An atheist, we tend to assume, is someone who thinks science should be the basis of our beliefs and tries to convert others to this view of things. In the type of atheism that’s making the most noise today, religion is a primitive theory of how the world works – an intellectual error without human value, which we’d be better without.

But this isn’t the only kind of atheism. History shows that atheism can have a complexity that reaches well beyond our currently dominant version. Though many today seem unaware of the fact, by no means all atheists have wanted to convert others to unbelief. Some have actually been friendly to religion. Nor have atheists in the past always turned to science for inspiration. There have been many varieties of atheism. That this has been so shouldn’t be surprising. In itself, atheism is a purely negative position.

An atheist – and here I speak as one myself – is anybody who doesn’t rely on an idea of God. Of course there are different ideas of God, but in western cultures the deity is understood as a divine mind that is all-knowing, all-powerful and all-loving. Atheists reject this idea, or simply don’t need it. But that’s all they have in common. Atheism has gone with a wide diversity of world-views and values. Among many atheists who differ from the present crop, let’s look at two in particular.

Read the full story at the BBC