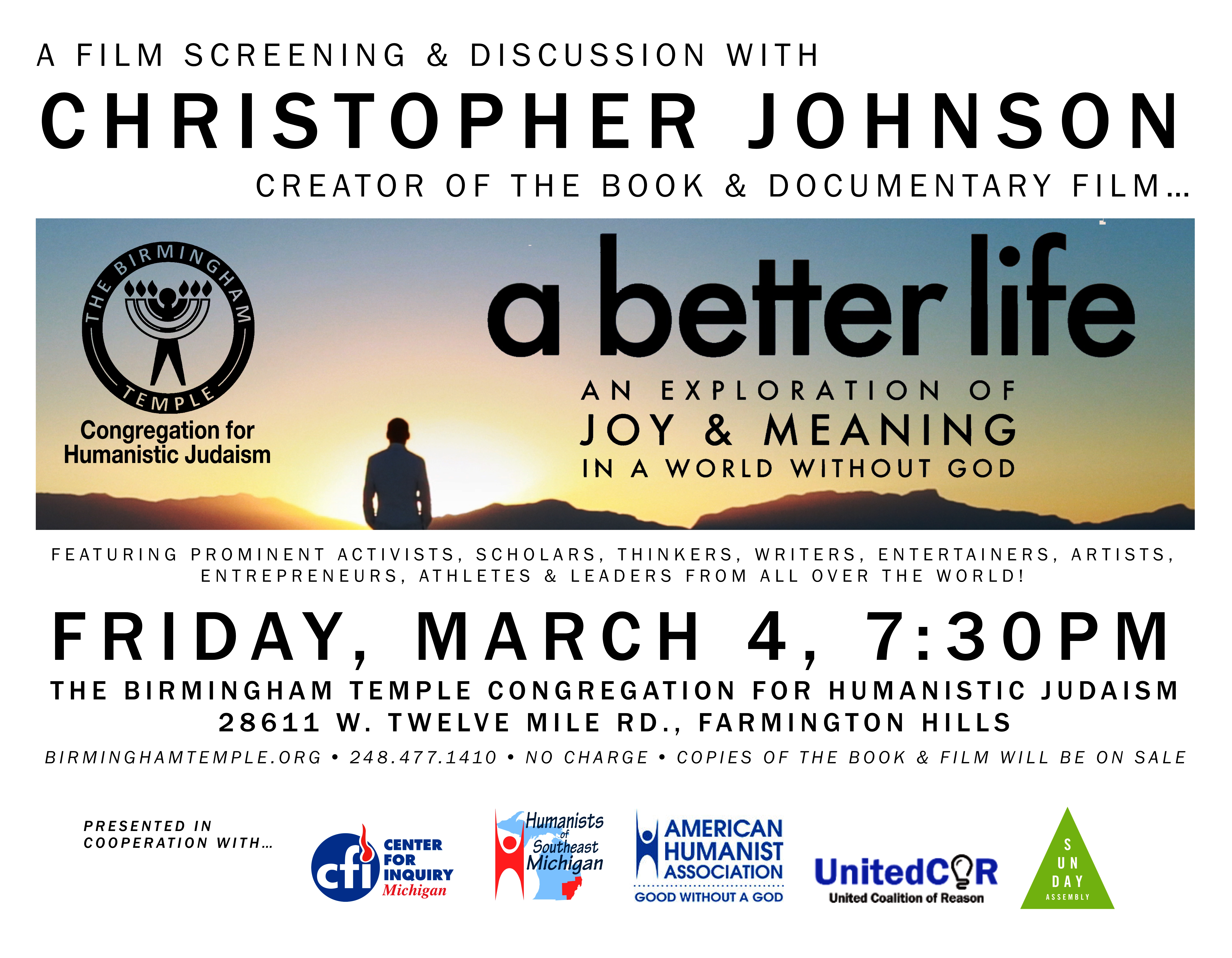 The Birmingham Temple–Congregation for Humanistic Judaism–is pleased to announce that they will be hosting a showing of the film, “A Better Life,” featuring a follow-up discussion with the creator, Chris Johnson.

This event is free to attend and is sponsored by the following cooperating organizations:
Center For Inquiry–Michigan
Humanists of Southeast Michigan
The American Humanist Association
United Coalition of Reason
Sunday Assembly–Detroit

The Detroit Coalition of Reason (www.DetroitCoR.org) is a coalition of 8 organizations in the metropolitan Detroit area that share a worldview grounded in reason over superstition, and scientific truth over revealed truth. From civil rights and separation of state and church activism, to scientific, rational and freethought presentations and discussions, to networking and camaraderie, our many local groups have so much to offer. Detroit CoR’s goal is to unite and raise public awareness of organizations that provide nontheist resources for reason-based Metro Detroiters.

The Society for Humanistic Judaism (http://www.shj.org) embraces a human-centered philosophy that celebrates Jewish culture without supernatural underpinnings. Humanistic Jews value their Jewish identity and the aspects of Jewish culture that offer a genuine expression of their contemporary way of life. We believe in the human capacity to create a better world.