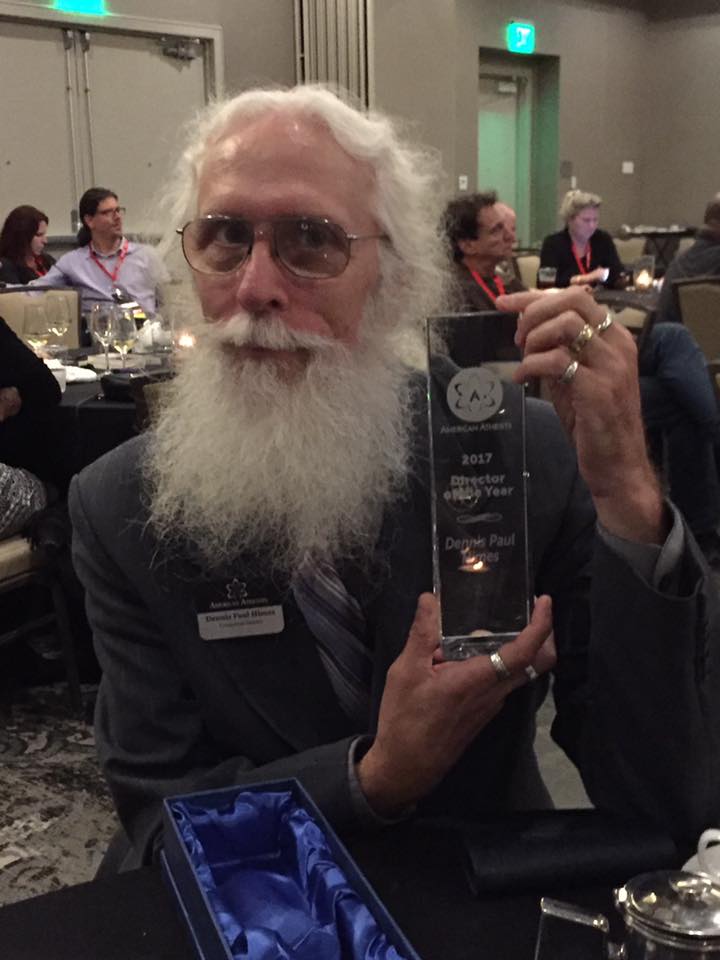 We caught up with Dennis later to learn more about him and his plans as State Director for American Atheists.

CT CoR – How long have you been an atheist?
Dennis – This is not as easy to answer as you might think. It was a gradual process, not a revelation. I was raised a Roman Catholic. The first doubts arose when I was a teenager and I realized that if I’d been born into another faith I would probably be a member of that faith. Since religions make conflicting factual claims believing in a faith means accepting that its factual claims make the most sense. So if I couldn’t honestly say to myself that I’d have converted to Catholicism if I’d been born into another faith, then I couldn’t honestly call myself a believing Catholic. And I couldn’t honestly say that. So I started looking at different religions and it quickly became clear that none of them were any more believable than the Romans’ worship of Jupiter and the other Olympian gods.

So in my early twenties I started calling myself an Agnostic. I realized that any finite evidence for infinite attributes is necessarily trivial, and that all organized religion was mythology, but I left open the possibility of a god who didn’t see any reason to reveal his nature. Sometime in my late twenties I discovered Modal Realism (although I wouldn’t come across that name for decades) and realized that an omnipotent agent is contradictory. That’s when I started calling myself an atheist.

CT CoR – How long have you been active in the movement? How long have you been CT state director for American Atheists?
Dennis – The impetus for me becoming active was the theocratic attacks on the United States on the 11th of September 2001. It wasn’t just that the terrorists were directly attacking our secular way of life; it was also that my own government wasn’t defending it. I would have expected the president and other government officials to say, “Yes, we’re secular, and we’re proud of it, and violence isn’t going to make us abandon that, because it’s the right thing to do”. Instead they were singing “God Bless America”.

I decided the time had come to become active myself, and I looked around at the various Atheist/Humanist/Freethinking organizations, and decided that American Atheists was the best fit for me. It just so happened that when I reached this point American Atheists had just had a convention in Boston, which would have been so convenient for me. However, they also had scheduled a Godless Americans March on Washington for that November. I went to that, partly to march and partly to network with the activists there. At one of the social meetings surrounding the march I was talking with the American Atheists New Jersey State Director, a guy named David Silverman, and when I told him I wanted to become more active he said, “Become Connecticut State Director. We need a state director in Connecticut.” So that’s what I did. By the 2003 convention I was the newly minted Connecticut State Director.

CT CoR – What are your top priorities for CT as State Director?
Dennis – My ultimate goal is a society where religion is this weird thing people used to do. Connecticut, being one of the least religious states in the union, can lead the way. While we need to keep a vigilant watch on attempts to reverse the advancements we’ve made, we should also keep an eye on making more advancements, beyond what most people think is possible in the U.S. Keep in mind that not too long ago same-sex marriage was considered an unrealistic, utopian goal, and that perception began to change when very liberal states started challenging that, making it seem reasonable in somewhat liberal states, and triggering an expansion to the entire country.

CT CoR – What do you see as the biggest challenges you face as State Director?
Dennis – Apathy. Many Connecticut Atheists figure that things aren’t too bad in Connecticut compared to other states, therefore there’s nothing that really needs to be done. But if Atheists are only active in the worst states, the best they can expect is that every state becomes only kind of bad. As I mentioned in my last answer, though, we can move beyond that, and in order to move beyond that states like Connecticut must set an example.

CT CoR – What are your proudest accomplishments as State Director?
Dennis – Probably convincing the City of Middletown to stop holding a National Day of Prayer event in city hall every May.

CT CoR – Tell us about your relationship with David Silverman.
Dennis – As I said above, I first met David in 2002. After I became Connecticut State Director I would see him every year at the National Convention. I got to know him reasonably well during that time. State directors tend to hang out together at the conventions. Eventually, Dave became the communications director, then vice president, and then president. During these years state directors and other people active with American Atheists have come and gone, and Dave and I found ourselves being part of what’s been called the “old crowd”. I also see Dave sometimes when he comes to Connecticut for events, which is one advantage of being in a state that is so close to the national headquarters (which is in New Jersey). 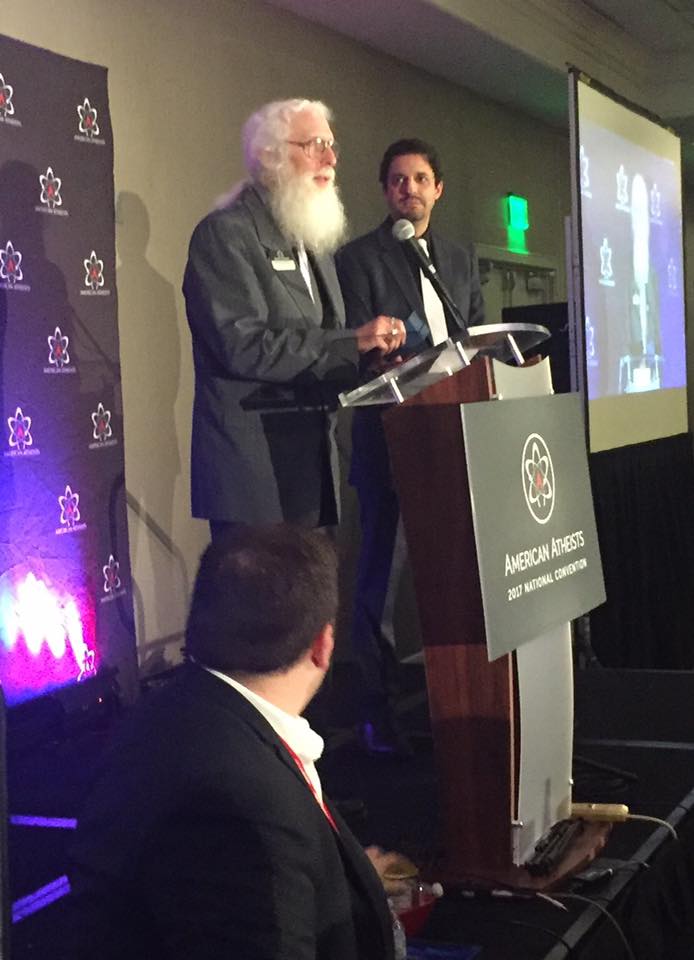