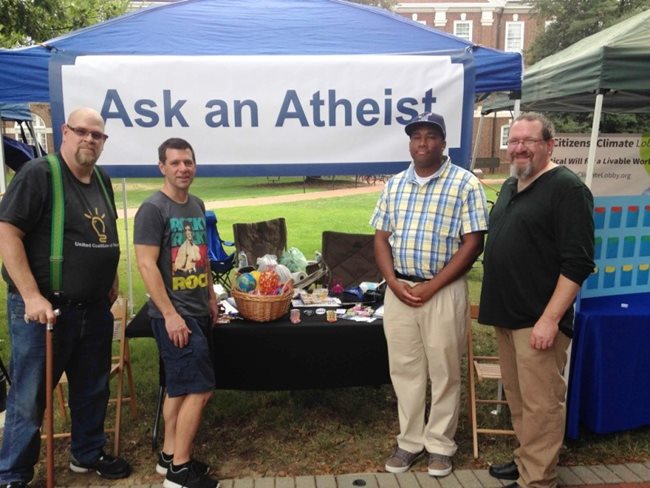 The City of Newark’s Parks and Recreation Department, in cooperation with the University of Delaware, Christina School District, and the Downtown Newark Partnership presented the area’s premier Fall Festival on Sunday, September 18. Thousands turned out for Newark’s 45th-annual Community Day on the University of Delaware Green, which featured nearly 300 vendors and groups, as well as a slate of musical performances and demonstrations. For the fourth year, one of those groups was none other than the Delaware Coalition of Reason. 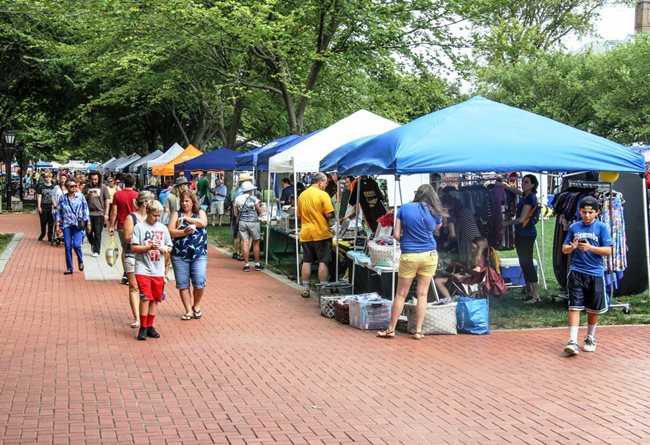 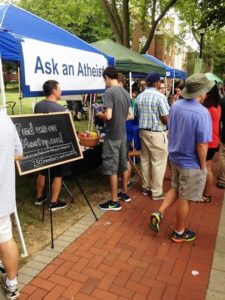 We had an advantageous location near the main performance area with a steady flow of traffic both to and from the staging area. This gave us an opportunity to speak to a varied number of people, which was better than previous years. We had a lot of positive encounters with all sorts of people; people walking by and giving us thumbs up, people who openly identified as atheist or agnostic, and many who were interested in what we were doing in the community and who asked how they could participate.

Of course we also attracted other types who saw our “Ask an Atheist” banner but even those encounters were generally better than previous years. I guess that the community here in Newark recognizes that we really are a part of it, and that we are trying to show everyone that people can be good without god by what they say and what they do. 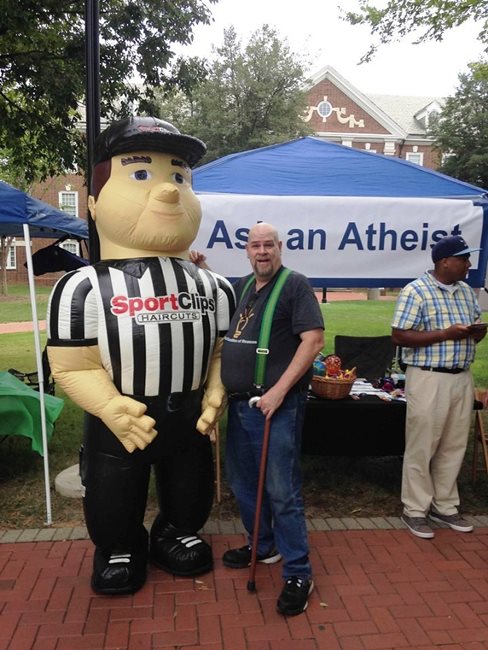 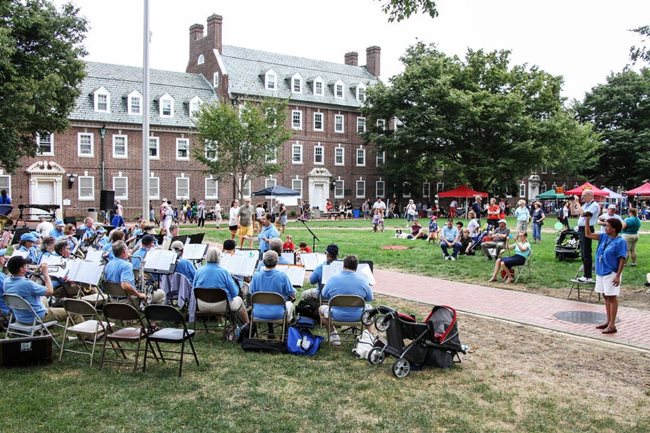 Thanks for the update, Chuck! Folks can follow the Delaware CoR’s activities on Facebook as well as Twitter, so be sure to link in with them.