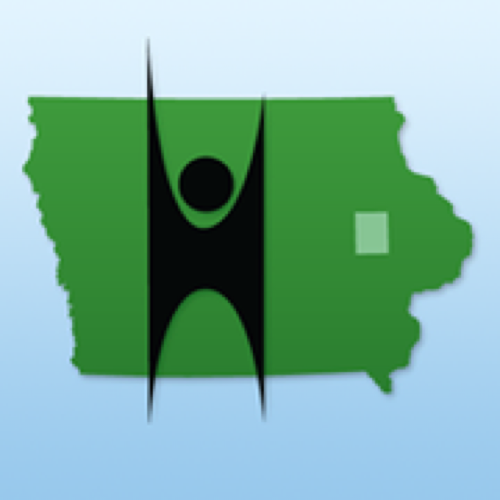 Humanists of Linn County and the Iowa Atheists and Freethinkers are pleased to announce a half-day symposium titled, “Death and Dying Beyond Belief.” This is a cooperative effort between the Eastern and Central Iowa Coalitions of Reason and focuses on various death and dying topics including death with dignity and end of life preparations, hospice care from a non-theist perspective, memorial services for non-theists, personal stories of facing death without belief in a god or afterlife, and how death and grieving differs for non-theists.

Death with dignity, end of life, grief, health care, religious exemptions, are all issues that have been part of the discussion in our group, almost from the moment we organized just over a year ago. It is clear that these are issues of concern for many non-theists in Iowa and presumably, the country,” said Roxanne “Rocky” Gissler, the Coordinator for Eastern Iowa Coalition of Reason. “We were inspired to organize this symposium after reading an article in the Des Moines Register about the Death with Dignity legislation and Iowa Atheists and Freethinkers member, Jen Holman who is terminally ill. When we learned that the time allowed for the public to address the committee on this legislation was dominated by religious clergy and advocates opposed to the death with dignity legislation and that many non-theists and terminally ill individuals were not given the opportunity to speak, we knew we had to become involved.”

Gissler further explained, “We asked the Iowa Atheists and Freethinkers if they would like to co-sponsor this symposium and were delighted when that accepted. It is a true joint effort between both the Eastern Iowa and Central Iowa Coalitions of Reason. This symposium is the first of what we hope is a series of educational forums presented jointly by the Coalitions dealing with all of these issues from a non-theistic perspective. There is a lot to talk about and a lot of work to be done.”

State Representative Liz Bennett, who will speak on the Death with Dignity issue within the Iowa State Legislature.

Kay Becker: President of Compassion and Choices of Iowa. Kay is a member of First Unitarian Church of Des Moines and facilitator of the Death With Dignity Action Group at that church. She will give a presentation on what Compassion and Choices does and the importance of advanced planning and documents to aid this planning. She will also give an explanation of the Iowa Death with Dignity Act (HF65 and SF2051).

Peggy Fulton: Board-certified hospice and palliative care nurse, has cared for patients and families at the end of life. Seeing families, patients and medical staff all navigate thru the end of life processes, has brought a unique perspective to Peggy’s nursing practice.

Kevin Bradley of the Final Exit Network (a world federation of Right to Die societies). Kevin is a writer, speaker, stress management counselor, the Executive Director of the Libertarian Party of Minnesota, and an interfaith minister ordained in the United Church of Christ. He grew up in Southern Minnesota and started college with plans to become a minister in the Lutheran Church—Missouri Synod, but those plans changed when his father died from lung cancer when Kevin was 21. He now refers to himself as a Humanist, agnostic, atheist, or non-theist, depending on your definition of those terms. He will give a presentation on what Final Exit Network does.

Dr. Hector Avalos: an atheist and Professor of Religious Studies at Iowa State University. His talk is titled, “Life and Death as An Atheist” and he will explain some of the different approaches to death that are found among non-believers, and discuss his own experiences with a life threatening illness.

Dr. Paul Knupp: Dr. Knupp’s talk is titled “When Humanists Experience Death and Dying.” Many of us, as Humanists, experience death and dying issues outside traditional faith supports. What are our options as Humanists? How do we celebrate life in the midst of death without a supernatural perspective?  These questions and others will find delineation in this talk. Dr. Paul Knupp was an ordained United Church of Christ minister who celebrated hundreds of funerals over a 25 year career.  Now a Humanist Chaplain, Dr. Knupp continues to celebrate funerals from a secular perspective.

Alan Diehl: Board member of Humanists of Linn County and former Evangelical associate pastor. Alan will be speaking on the topic,”Life after Death? The Difference Between What People Believe and What the Bible Actually Says.”

The Death and Dying Beyond Belief conference will be held on Saturday, July 16, 2016 from 1:00p.m. to 5:00p.m. at the Kirkwood Training and Outreach Services (3375 Armar Dr., Marion IA). Further information about the event can be found at http://www.meetup.com/Humanists-of-Linn-County/events/230306866/.

Eastern Iowa Coalition of Reason (www.eastiowacor.org) is made up of 7 Iowa atheist, freethought, and Humanist groups working together in the Eastern Iowa area. Their twin goals are to foster a sense of community among the like minded and raise public awareness that people who don’t believe in a god or gods can be decent citizens who contribute to the larger society.

Central Iowa Coalition of Reason (www.centraliowacor.org) is a proactive partnership of Iowa Atheists, Free-Thought advocates, and Humanists working together in the central Iowa region with a clear vision to foster a sense of community for the Secular among us and to raise the visibility of our efforts for those who have not yet found a Secular community through which they can thrive and feel welcome.