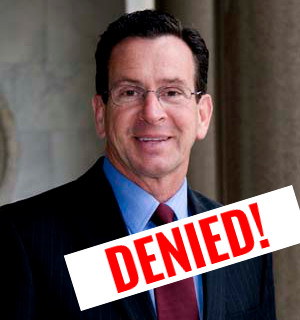 I was lucky enough to visit a Darwin Day event with Steven Kierewicz—a member of our Board—on  Saturday, February 13, 2016 at the Ethical and Humanist Society in Skokie, Illinois. I was very happy to meet Tom Cara, the Chicago Chapter leader for the Freedom from Religion Foundation and Bill Zingrone, the Illinois Chapter leader for the Secular Coalition of America. There was a huge crowd in the auditorium where Bill gave a short presentation on the life of Charles Darwin and afterwards showed the movie “Creation” which tells the story of Darwin, the death of his daughter, Annie, his relationship with his very devout wife, Emma and his writing of On the Origin of Species. It was a very poignant movie and showed a side of Charles Darwin most have never heard of. After the movie, we had a very enjoyable dinner, chatting, and seeing familiar faces from Atlanta among my friends from Black Non-Believers.

Darwin came to a very hard and heart-wrenching conclusion that his Theory of Evolution by Natural Selection was a firm fact in the scientific community. He came to this conclusion at middle age but began his adventure at the age of 22 with his voyage on the HMS Beagle captained by James Fitzroy. After his five year journey, he didn’t only bring a bit of evidence back, but rather trunks full and along with his friends from the Royal Society, they examined fossils of the Giant Sloth of Patagonia and a capybara the size of a rhinoceros! The famous ornithologist of the time, John Gould, pointed out to Darwin that many of the specimens of bird he brought back with him were not different kinds of birds, but different types of finches, adapted to the different islands of the Galapagos where they came from. That was the first, real, solid evidence that Darwin knew would be the cause of the most difficult time in his life; keeping peace in his home with his devoutly Christian wife whom he adored, or showing the world that he could prove that the story in Genesis was unsupported and man had evolved from animal.

It took him 20 years but after a letter from Alfred Russell Wallace, who came to the same evolutionary opinions and the pushing of his esteemed friends, Darwin published On the Origin of Species in November of 1859. That book, along with Descent of Man, did not make Darwin very many friends during his time, but now, after the discovery of genetics and DNA, his theory is as true as Newton’s Theory of Gravity and Einstein’s Theory of Relativity. Although many in the United States would disagree, to me he is a hero born way before his time.

Cheers to Delaware CoR, but Jeers from Connecticut CoR: 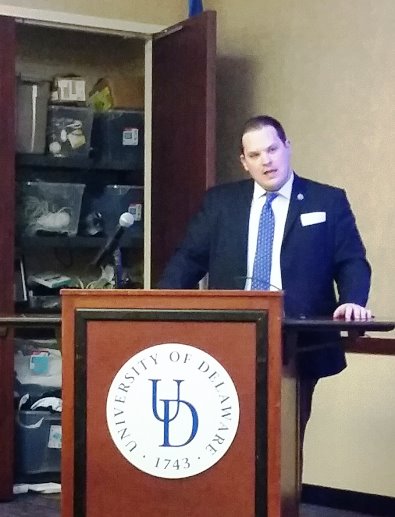 I appreciate the opportunity to be one of three guest speakers at the newly-forming Delaware CoR’s Darwin Day celebration. Following on from a day of scientific presentations at The University of Delaware, Delaware CoR held a social event where Nick Fish—National Program Director of American Atheists—spoke of the importance of local activism. Delaware was one of the few states whose governor saw fit to issue a Darwin Day proclamation this year, and our event started with the sad news that Gov. Dannel Malloy of Connecticut denied a Darwin Day proclamation. Similar to last year’s experience, phone calls to Gov. Malloy’s office are not being returned, which prompted Rhode Island CoR’s journalist Steve Alhquist to investigate and report on the matter. 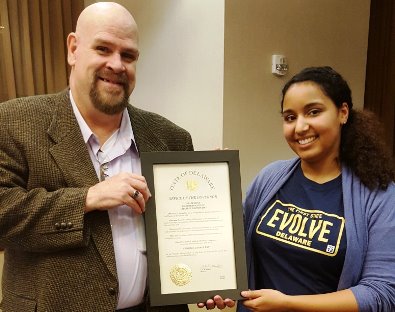 Congratulations again to Chuck Dyke and the Delaware Coalition of Reason for receiving the Darwin Day proclamation and for hosting a successful celebration event. We’re looking forward to seeing great things coming from Delaware CoR in the future.