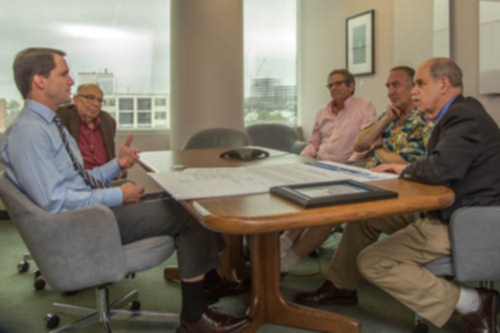 Members of the Connecticut Coalition of reason met with Congressman Jim Himes (representing Connecticut’s fourth district) on Thursday, May 15th to present him with the coalition’s resolution recognizing and applauding him for his intellectual integrity and political courage in co-sponsoring H. Res. 467: Expressing support for the designation of February 12, 2014, as “Darwin Day”; recognizing the importance of science in the betterment of humanity.  House resolution 467, had it passed, would have the United States House of Representatives support the designation of Darwin Day to acknowledge the momentous contribution of Charles Darwin to reason, science, and the advancement of human knowledge.

When asked whether next year he would be the one to introduce the bill for Darwin Day designation given that Representative Holt is retiring from Congress, Representative Himes replied, without hesitation, that assuming he is re-elected he would.