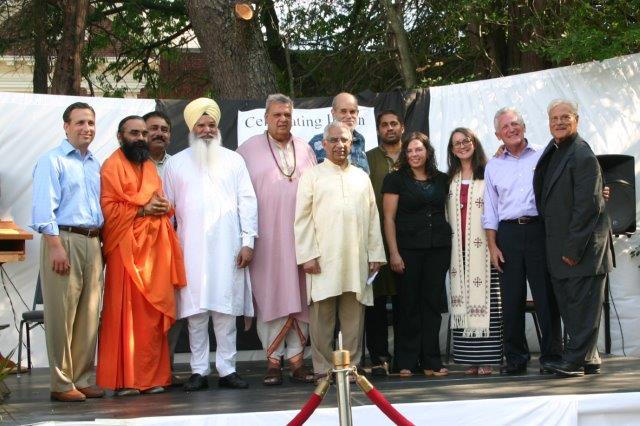 It’s not everyday that non-theistic groups are allowed to participate as equal partners in an “interfaith” setting. However, one of the cooperating groups with the Connecticut Coalition of Reason had this opportunity and used it to their advantage to let others at the event know why people are good without a god:

Representing our Humanist and Freethinkers, I shared the platform with clergy from Methodist, Roman Catholic, Jewish, Hindu, Sikh and Sai Baba groups. Our gratitude goes to Fr. Sudhir D’Souza for organizing the event and for giving us the opportunity to publicly represent non-theists. I never thought that I’d be on stage providing inspiration to an audience that included Mayor Rilling and State Senator Duff, but there we were! “May each of us use our mind to comprehend the world around us and our body to put that knowledge to work in helping others,” were among my words.

Thanks goes out to HFFC members Jim, Matt, Richard (Duffee), Fred, Asra, and 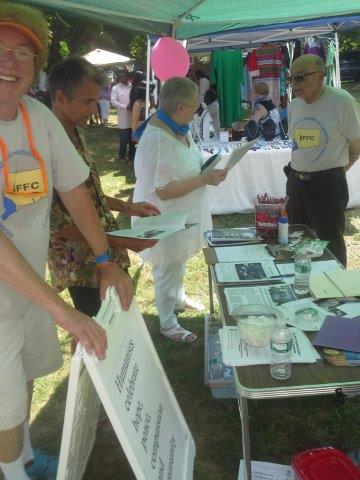 UnitedCoR’s Executive Director for running the booth at the festival. We also appreciate John (Levin) who contributed table and tent, Brandon who prepared the new flyer, Carol (Zahn) who brought company, Matt who set up, and UnitedCoR’s Executive Director who packed up.  We enjoyed ourselves and are looking forward to participating in another event like this in the future.