For the past nine years, the Connecticut Valley Atheists (CVA) have created a display on the public town green in response to other religious holiday displays allowed by the town. Nearby residents had always enjoyed and respected all of the displays until this year when only the atheist display was vandalized.

Dennis Paul Himes, Vernon resident and Connecticut State Director for the American Atheists, said, “I had been proud of my town because, until now, our display had lasted so long without anything more than a little graffiti. I am disappointed that I can no longer say that. However, we will not be deterred, and will continue to exercise our constitutional rights every year on the Vernon Green.”

CVA vice-president Klaus Kingstorf, also a Vernon resident, discovered the vandalism and reported the incident to the Vernon Police Department. Unfortunately, the video cameras on the outside of town hall do not cover that area of the green. Kingstorf noted that some of the Phillips head screws holding the display together had been neatly removed indicating that this was not a random act but that there was some intentional forethought to it. Adam Arrowsmith, President of the CVA, said, “It’s unfortunate that in 2015 all non-belief and belief systems aren’t tolerated equally, even in a progressive state like Connecticut.”

Given the larger context of nontheistic winter displays being vandalized, such as being cut down in Chicago and Boston, UnitedCoR’s Executive Director, executive director of the United Coalition of Reason offered his reflection. “We live in a pluralistic country where people of all sincerely-held beliefs should not feel as if they are relegated to second-class. To have adopt-a-highway signs cut down with saws near San Luis Obispo, California or to have vandals spray paint and then shoot signs in Orange, Texas, these acts of aggression and violence clearly demonstrate a larger societal disdain towards people who are openly atheist. Adding to the experiences of the nontheistic communities in Boston, Chicago and now Vernon, this unwarranted bigotry towards nontheists is an indication that free expression isn’t welcomed as an inalienable right for everyone to enjoy.”

The CVA is hoping the community will rally and support their right to continue to participate in this annual holiday tradition. Donations for the costs of repair can be made by visiting CVA. Any donations received above the costs of repairs will be donated to local youth charities. 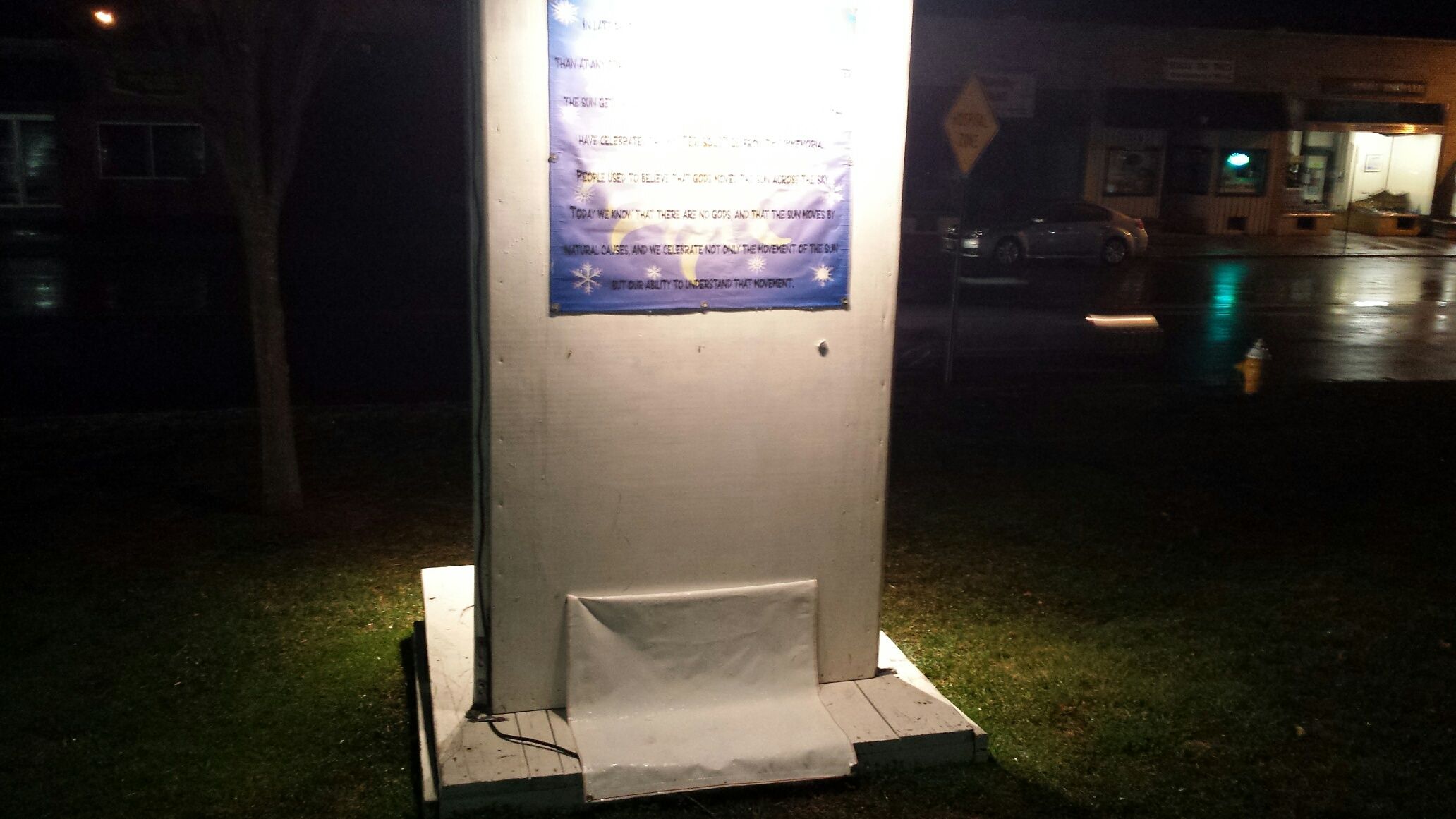