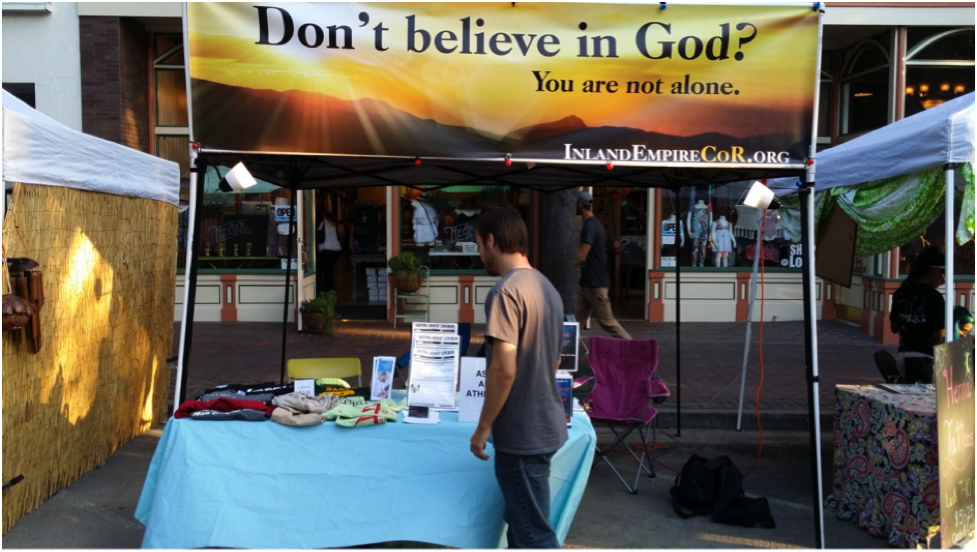 Since Inland Empire CoR launched in late January 2015, they have kept their local outreach in high gear. When UnitedCoR first met with the folks in Riverside, CA last November, they quickly assembled a group of eight local cooperating groups and one affiliate. The timing of their launch coincided with a period of intense traffic jams in an area, and their public launch received overwhelming positive media publicity, despite the efforts of some ultra-conservative outlets.

When UnitedCoR returned to Riverside in May, we discovered a local coalition that had become known as champions for social and charitable outreach. Not only have they raised money and collected food for local food banks, they have also helped fund much-needed reconstructive surgeries for children through Smile Train. In June, we reported that Inland Empire CoR had created a successful “Ask-an-Atheist” booth at Redlands Market. We are pleased to announce that they are planning to hold another booth on August 13th, complete with literature from national cooperating groups, and some new literature produced by UnitedCoR that is designed to attract local people and encourage them to join a local CoR.

Well done, Inland Empire CoR for the well-deserved recognition as CoR of the Quarter! We appreciate your commitment to local outreach!!