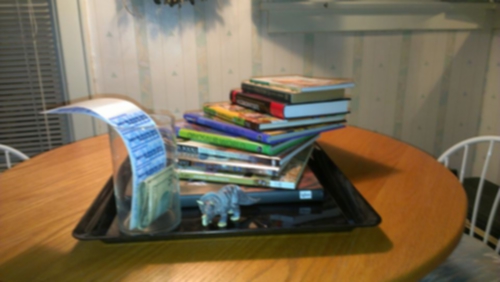 "Darwin Day is a celebration of science and reason held on or around the February 12th birthday of evolutionary biologist Charles Darwin." says Mid Ohio Atheists (MOA) President Ron Stephens in announcing their February 10th event. This year MOA’s Darwin Day celebration is an educational event designed for elementary school students from the Mansfield area. Author Mary Anne Farah of Canada will read her e-book, Pepper’s Special Wings – A Story About Natural Selection. Children will see how Charles Darwin’s evolutionary theory of natural selection works, using words and colorful artwork they can understand. There will also be a presentation on Evolution and the life of Charles Darwin given by MOA Director and Vice President Drenn Workman. The event will be at 3:00 PM at the Holiday Inn & Conference Center, 116 Park Avenue West, Mansfield.

Nontheists of CSCC are meeting Monday February 11 at 11:00 AM for a Darwin Day Celebration. This group is for atheist, agnostic, secular humanist, and freethinking students at Columbus State Community College. In honor of Darwin’s considerable scientific contributions, they plan to watch videos about evolution, eat pizza and chat.

Central Ohio United Non-Theists (COUNT) is planning to celebrate Darwin Day while collecting books for donation to the Ronald McDonald House which hosts families of children who are patients at Children’s Hospital. COUNT will be collecting new or gently used science books that are appropriate for children up to 18 years old. "We will be labeling the inside of the books donated by COUNT members and include our meetup address. The goal is to reach out to people and show them how important the Non Theist community is, as well as provide educational material to enjoy." says event organizer Barbara Chester. "We want to show that you can be Good without God!"

Mid Ohio Atheists, based in Mansfield, has a significant history of charitable activity (see midohioatheists.org). Nontheists of CSCC (see sites.google.com/site/nontheistsofcscc) is affiliated with the Secular Student Alliance, a network of over 180 atheist, agnostic and humanist groups on high school and college campuses around the world which is headquartered in Columbus. COUNT is a new Columbus group that emphasizes volunteering and outreach (see www.meetup.com/Central-Ohio-United-Non-Theists-COUNT). All three groups are members of the Columbus Coalition of Reason.

SSA at NCSC/OSU Mansfield, Atheists of Columbus and OWU Freethinkers are also members of the Columbus Coalition of Reason.