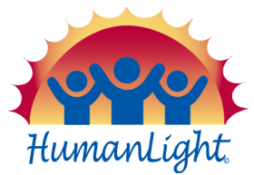 The Baltimore Coalition of Reason (Baltimore CoR) seeks to raise public awareness that people can be good without believing in God.  Baltimore CoR brings together humanistic, secular, and nontheistic organizations in the Greater Baltimore region.

We affirm that all have the ability and responsibility to lead ethical lives of personal fulfillment that aspire to the greater good of humanity.  Our understanding of what is good relies on human reason and compassion, and not on theistic or supernatural beliefs.

The following organizations are members of the Baltimore Coalition of Reason:

The largest secular student group in Maryland.  The chapter of the Secular Student Alliance at the University of Maryland, Baltimore County

A chapter of the Washington Area Secular Humanists, Inc. (WASH)

Where atheists can go to meet up in Baltimore

A humanistic religious fellowship founded in 1950 and a member society of the American Ethical Union.

The Chavurah is Baltimore’s secular humanistic Jewish community and is affiliated with the Congress of Secular Jewish Organizations and the Society for Humanistic Judaism.

A diverse and mutually supportive community of people who strive to build on our deep historical roots as a congregation to be a beacon of hope, social justice, and liberal religious values in Baltimore and in the world.

We are a community that honors Frederick Douglass as one of the great advocates of civil and human rights, the pursuit of education, free inquiry and critical thought. Our community is open to all people who are committed to humanistic values. The FDHSB is a Chapter of the American Humanist Association.

The LGBTQ Humanist Council of Baltimore is a forum for LGBTQ humanists from around the region to exchange ideas on local organizing, find support in coming out as LGBTQ (and a humanist), and to speak out with one voice on issues of concern to the LGBTQ-humanist community! The Council is a Chapter of the American Humanist Association.

The chapter of the Secular Student Alliance at Towson University

We believe in raising our kids to be ethical and caring freethinkers and to teach them values of reason and compassion. We welcome families of humanists, atheists, freethinkers, skeptics. We recommend Dale McGowan’s book Parenting Beyond Belief.

We are the Maryland chapter of Americans United for Separation of Church and State. We are a social/activist group.

The national organization for Ethical Culture, a humanistic religious and educational movement founded in 1876

The mission of the Center for Inquiry (CFI) is to foster a secular society based on science, reason, freedom of inquiry, and humanist values. The local branch is CFI-DC.

CSJO promotes a secular expression of its members’ Jewish heritage.

The Society for Humanistic Judaism embraces a human-centered philosophy that combines the celebration of Jewish culture and identity with an adherence to humanistic values and ideas.

The LGBT Humanist Council of the American Humanist Association is committed to advancing equality for lesbian, gay, bisexual, and transgender people and their families. The Council seeks to improve the lives of LGBT individuals though education, public service and outreach and serve as a resource for members of the American Humanist Association, the greater freethought community, and the public on LGBT issues.

The mission of the Secular Student Alliance is to organize, unite, educate, and serve students and student communities that promote the ideals of scientific and critical inquiry, democracy, secularism, and human-based ethics. We envision a future in which nontheistic students are respected voices in public discourse and vital partners in the secular movement’s charge against irrationality and dogma.

“Parents Beyond Belief” shares thoughts and ideas by and for secular parents.