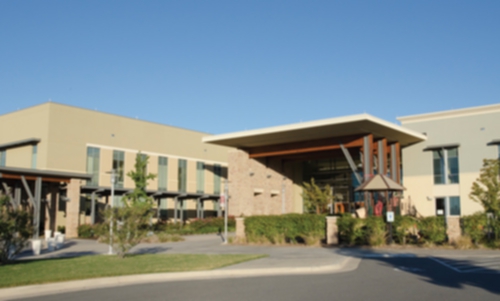 Nonbelievers see the program as inappropriate if not illegal.
by Doug Smith, Arkansas Times

Are conservative Little Rock churches teaching public school- teachers how to bring religion into their classrooms, thereby circumventing laws that require separation of church and state? LeeWood Thomas, a spokesman for a coalition of atheist and agnostic groups, thinks so.

A church official’s response is ambiguous. A veteran teacher who went through the one-day course said the instructors didn’t tell anyone to break the law, but "It became very clear to me as the day progressed that the objective was to encourage teachers to abide by the letter of the law while quietly sabotaging the intent of the law."

The program in question, "Called to Teach," is available nationwide, and has been offered by several churches in the Little Rock area. One of those churches is Geyer Springs First Baptist Church. Patrick Henry, community life pastor at the church, told a reporter that the program was "teaching teachers how to love their students." He declined to answer other questions about the program, referring the reporter to the Called to Teach website. (Which says the purpose of the program is "to encourage teachers of the faith to let Christ’s love guide their teaching and interactions with students.") But Henry confirmed that he’d talked with Thomas and invited Thomas’ group, the Central Arkansas Coalition of Reason, to send a representative to the course, which the group did.

That was Debbie Doss, a former math and science teacher and school psychologist. She paid $30 to attend the course at Fellowship Bible Church. About 75 teachers from public and private schools took the course with her, she said, and most of the public school teachers were from the Bryant and Monticello school districts. "These two districts have either superintendents or principals that are into this program."

Doss said she approved of the parts of the program dealing with loving and mentoring students, especially difficult students. But "I do not support the ultimate and obvious goal of promoting a particular religious faith in public school classrooms." She said the teachers were given a list of ways to proselytize in the classroom, and the instructor "even used the word ‘proselytize.’ " The list included:

"In most states you can wear religious symbols, such as a small cross as a necklace or pin. This advertises that you are a Christian."

"You can proselytize after hours if you can get students to join outside activities."

"If students ask about your beliefs, you can answer."

"You can have a bible on your desk as a ‘reference’ book. Use it for examples of history, poetry, etc."

Doss said the program "seems to me a clear violation of the intent of laws governing separation of church and state. We cannot prevent churches from offering the course but the [state] department of education should not issue developmental education credits for it either."

Although Doss said teachers at the conference believed they were receiving professional development credits, which teachers are required to obtain, the state Education Department had nothing to do with the conference, according to a spokesman, Seth Blomeley. Doss said she was given a certificate saying she’d receive six hours of professional development credits for the course. The certificate was signed by Beverly M. Ruthven ED.D., Doss said. Blomeley said the Education Department had no employee by that name.

Link to original article and comments