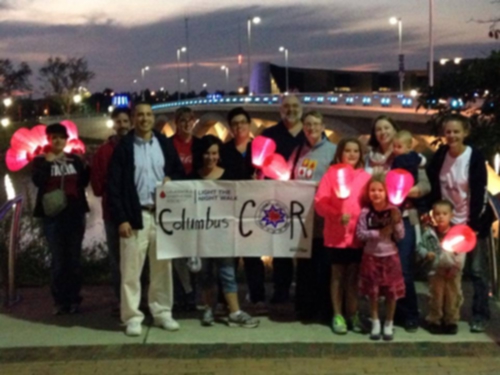 Barb Althen, Dave Nohle and Matt Shannon founded the group and comprised the initial COUNT Steering Committee; Amadeus Escudero, Christina Shultz and Gail Ukockis have since joined it. Christina is hosting the celebration which will feature a pot luck dinner (BYOB), fire pit, karaoke and games on Saturday, 12/7/2013. COUNT invites you to join their meetup and make this your first meeting.

COUNT was formed to do volunteering and outreach and holds structured discussions with pre-announced topics on 1st and 3rd Wednesdays. Other COUNT projects include:

The Ronald McDonald House (RMH) in Columbus provides a place to stay for families with children being treated at Nationwide Childrens Hospital, OSU Wexner Medical Center and other Frankilin county hospitals. It is the second largest RMH in the US and is funded and operated entirely by the local community. The Central Ohio United Non-Theists (COUNT) collected books on Darwin Day and donated them to RMH. Members of Columbus CoR groups volunteer via COUNT to serve as Housewarmers, restocking "hotel" rooms and otherwise assisting residents. These six volunteers have now worked a total of over 120 hours since May, 2013: