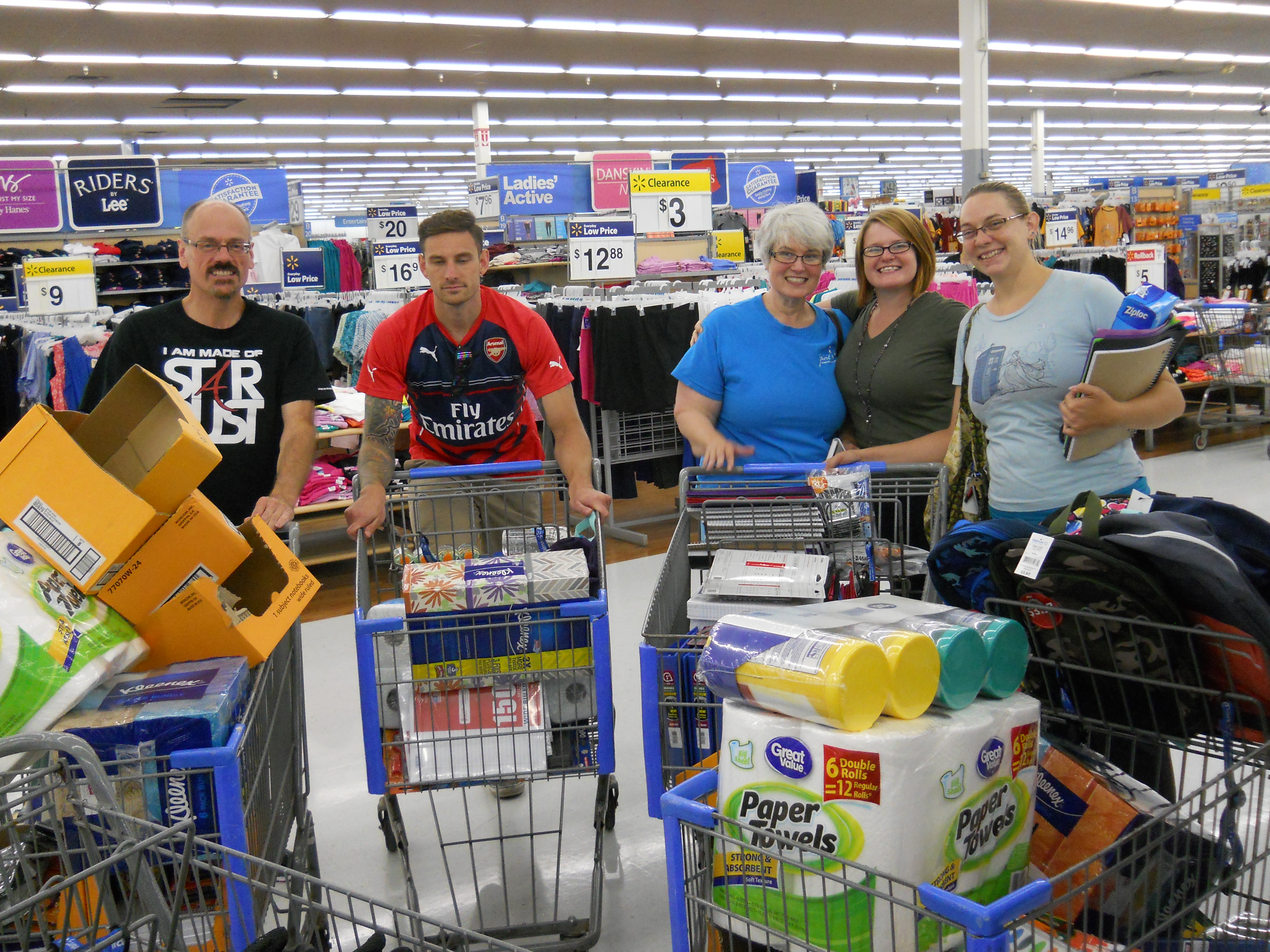 Central Iowa Coalition of Reason member Iowa Atheists & Freethinkers (IAF) just closed the 2015 School Supply Drive with a new record of over $1,800 in cash donations. The Fourth Annual School Supply Drive concluded on August 20 with donations made to five Des Moines schools helping fulfill their “wish lists” of critically needed supplies. Five Des Moines elementary and middle schools plus a homeless shelter for families were each provided with supplies that the IAF School Supply Drive committee purchased with the cash donations. The staff at each location were enormously grateful for the generosity of the IAF members as they rely heavily on donations from the public.

“The ethics of non-theism is more than just realizing that the society, world and Universe is a bigger, brighter and more amazing place than all the make-believe ideas. Helping with such community events allows secular people to make connections and do something more than just wishing things would change,” said Rory Moe, Coordinator of the Central Iowa Coalition of Reason. “When we stand together to provide assistance for people in need, it gives a voice to people like us and encourages other non-theists to stand up for who they are. What makes atheists and non-believers so exciting is that we don’t have a dogma to guide us but our own logic and reason.”

“Non-theists are everywhere: we’re your friends and neighbors, your coworkers and family members,” Executive Director of the United Coalition of Reason, added. “We know there are thousands of people in Iowa who are living ethical and happy lives without believing in a deity. We want them to know we are here, and that they have a community where they can also be a part of doing good for others, and today, it was to help children in need–our future–start the 2015 school year off on a positive note.”

“Non-theists sometimes don’t realize there’s a community for them because they’re overwhelmed with theistic messages at every turn. So we hope our effort will serve as a beacon and let them know they aren’t alone,” Moe concluded. “We are here to reaffirm our social outreach commitment to those who feel marginalized and in need of support and assistance.”

Iowa Atheists and Freethinkers, Inc. (www.iowaatheists.org) is a non-profit social and educational group working to provide a community of support and friendship for atheists, freethinkers, secular humanists, agnostics, and other non-religious people. IAF provides educational events; is active in community service projects; conducts charitable donation drives; and provides an environment where non-believers can be themselves.

The Central Iowa Coalition of Reason (www.CentralIowaCoR.org) is a proactive partnership of six Atheist, Free-Thought advocates, and Humanist groups working together in the central Iowa region with a clear vision to foster a sense of community for the Secular among us and to raise the visibility of our efforts for those who have not yet found a Secular community through which they can thrive and feel welcome.