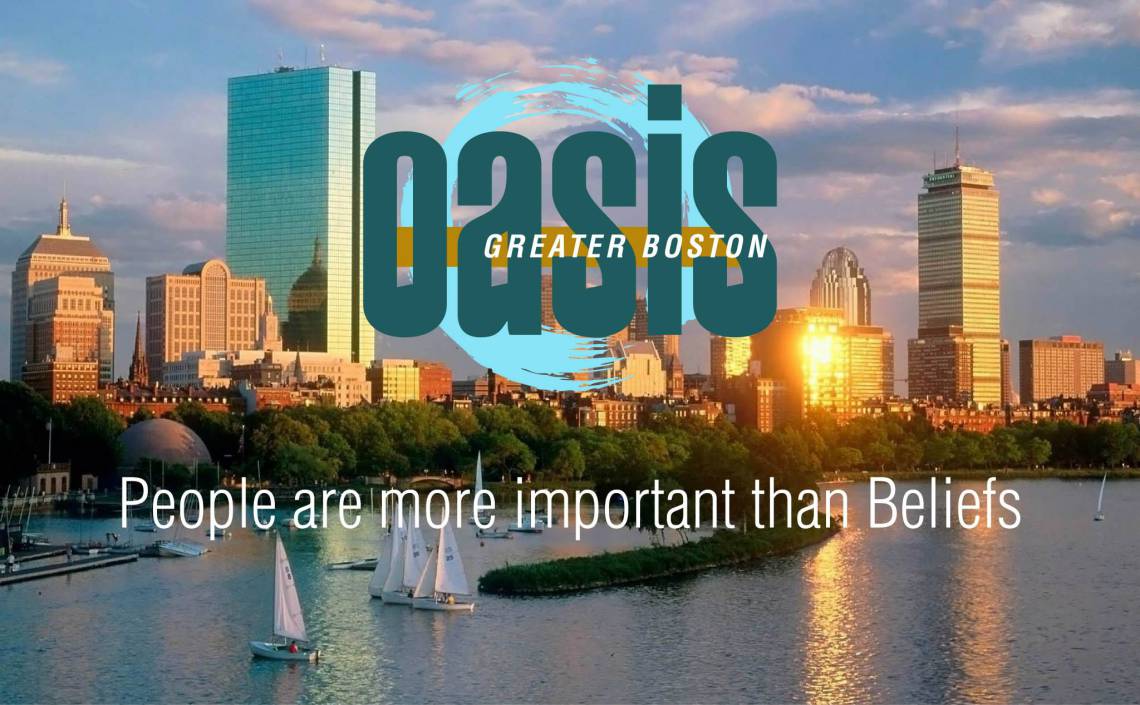 The Greater Boston Coalition of Reason is proud to announce the upcoming official launch of the Greater Boston Oasis, which is scheduled at 10:30 a.m. on Sunday, October 18th, 2015. The first meeting will take place at the YMCA Malden, 77 Dartmouth Street, Malden MA, 01248.

“Oasis’s first core value is that people are more important than beliefs. We say that—not just as an assertion of our own value in the face of a society which largely dismisses the viewpoint of a non-theistic minority—but as a reminder to ourselves that who people are and what they do is what mattes the most, rather than what they believe,” said J. Michael Spencer, executive director of the Greater Boston Oasis. “The Oasis launch is of the utmost importance because it opens up the availability of the secular community to a huge number of people for whom the existing communities may not have been an option. Oasis addresses the social fabric of community by bringing in all the great community building blocks theistic congregations has been using for centuries.”

“Oasis is an alternative to faith-based communities, seeking to fill the need for a sense of community for those people who, for whatever reason, prefer a secular and non-theistic experience of community to a faith-based one,” added UnitedCoR’s Executive Director, executive director of the United Coalition of Reason, headquartered in Washington, DC. “Oasis recognizes a diversity of humanist background and sincerely-held beliefs. Many people today simply don’t fit in faith-based communities. Some have backgrounds within organized religious beliefs, while others have been congregating at non-theistic conferences for years, looking for a community of like-minded people.”

“Oasis offers hope and a sense of purpose to non-theists and theists alike. It offers a connection to those who may only have known community through a church that they no longer believe in, or that they no longer fit in with for whatever reason,” Spencer concluded. “Through social connections, we find purpose. Through our shared values, rather than belief, we find reason to turn our hands to solving the problems in our communities and in the world. We learn that “meaning comes from making a difference,” and we become acutely aware of the difference that we make in the world by our own actions, and so we find ourselves driven to make sure that we make a lasting positive impact.”

The Boston Area Coalition of Reason (www.BostonCoR.org) is a coalition of 16 organizations in central and eastern Massachusetts that share a worldview grounded in reason over superstition, and scientific truth over revealed truth.  We are freethinkers, humanists, skeptics, atheists and agnostics that hope to provide a larger sense of community and to be a central clearinghouse for information on all like minded groups in the area.

The Greater Boston Oasis (www.bostonoasis.org) is a secular alternative to faith-based community. Oasis strives to give people the sort of community experience that many experience in religious gatherings, but without the dogma and where people can refresh themselves among others who share our secular, humanity-focused values. In addition to Sunday gatherings, Oasis communities participate in discussion groups, neighborhood potlucks, community service and charity events.