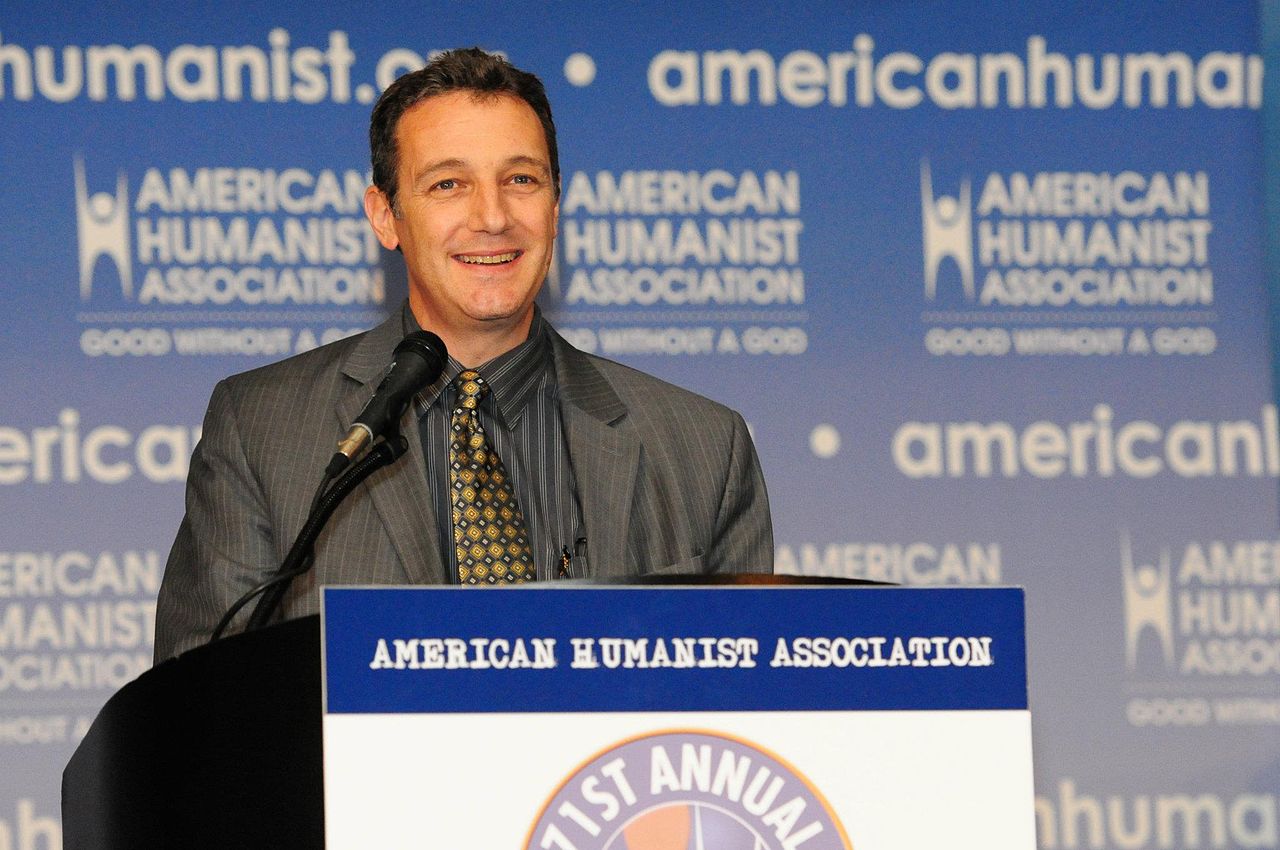 Author David Niose to Speak on Humanism in Trump’s America

Bestselling author and critic of the religious right in American politics David Niose will speak on “Mobilizing for Humanism in Trump’s America” at Providence’s Rochambeau Library on Monday January 9.  Niose’s talk, sponsored by the Humanists of Rhode Island, is at 7:00 p.m. in the Community Room at the Library,  located at 708 Hope Street.  The talk is open to the public.

Niose is a nationally-recognized leader of American Humanism, an attorney and activist, and author of the popular Psychology Today blog “Our Humanity Naturally”.  He has written two New York Times bestsellers, Fighting Back the Right: Reclaiming America from the Attack on Reason and Nonbeliever Nation: The Rise of Secular Americans.

A veteran of the “culture wars” for over a decade, Niose is a key spokesperson for America’s growing nonreligious population and its progressive values.  His writings and public lectures provide unique insight into social and political dysfunction in America, and on the Humanist alternative to the proposals of the religious right and its allies in government.

Niose is currently Legal Director of the American Humanist Association, a national progressive organization that defends secular governance and civil liberties, and has litigated constitutional cases all over the country.  He has served as President of both the AHA and the Secular Coalition for America, an advocacy group consisting of 19 member organizations that serve aheists, agnostics, humanists, freethinkers, and other non-theistic Americans.

Niose has appeared in numerous national and international media outlets, including MSNBC, Fox news, and the BBC, and his work has appeared in a wide array of publications, such as the Washington Post, Newsday, Alternet, and the Huffuington Post.  He is currently working on his third book.

The Humanists of Rhode Island will host an open meeting prior to Niose’s talk at 6:00 p.m., also in the Community Room at Rochambeau Library. Members of the public interested in learning more about Humanism and the activities of HRI are invited to attend.