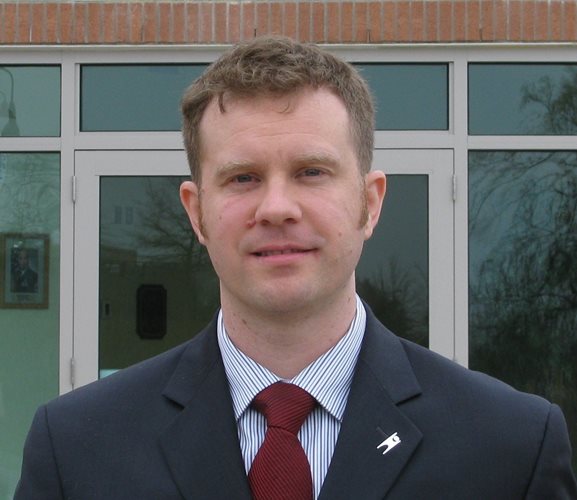 We are pleased to feature a guest article for this edition of UnitedCoR’s newsletter. Lieutenant Colonel Tom Gray (US Army, retired) was interviewed by Jason Torpy, former U.S. Army Captain, and President of the Military Association of Atheists and Freethinkers (MAAF). We’re inspired by LTC Gray’s story of service to the United States, as well as his work to help the military understand the needs of Humanist women and men who serve in the armed forces.

I recently retired from our Army after serving 24 years active duty and another four years as a cadet. There were certainly times when I, my peers, and our soldiers would have benefited from counsel by a Humanist chaplain.

When I was a platoon leader in Germany in the early 90s, a soldier in our sister platoon died. The memorial service was religious with a hymn and an explicitly Protestant sermon. While it was in keeping with the beliefs of the soldier who had died, there wasn’t a non-religious option for those of us who would have preferred to honor her without being forced to profess beliefs we didn’t hold.

Later, as a Captain, I served as the logistics officer (S4) for the 2nd Infantry Brigade, 101st Airborne Division. The Brigade commander made a speech during a dining out about how he “admired the God of the Old Testament” because of how he’d led Israel to completely destroy the tribes around them. That made me uncomfortable since I didn’t see that the “morality” of the Old Testament god was worthy of respect. Many of the atrocities directed by Jehovah clearly violated the law of war. I hope that the inspiration he took from those stories didn’t affect his judgment too negatively. He went on to command the 82nd Airborne in Afghanistan and later the XVIII Airborne Corps.

Also during my time at Fort Campbell, a company commander found out that some of his soldiers were Wiccans. He made a speech at a company formation, telling everyone that “We won’t have any Wiccans in our company.” This violation of religion/government separation was dealt with very quickly. He was moved on, and then my own company command began earlier than I’d expected. I don’t know if he remained in service after that. Failing to complete company command would likely have ended his career.

As a lieutenant colonel I spent a little over a year in a multinational unit in Afghanistan. It was the most demanding work I’ve ever done. Emotionally, I “hit the wall” at the six month mark. Our Executive Officer (“XO”), a Czech colonel who had served in the Spetsnaz in East Germany, worked through it with me. I’d have liked to have turned to the chaplain corps, but as a non-theist, I didn’t feel a connection. I did feel a connection with our XO. Though he’d served more than his share of tough assignments his point of view was positive and humanistic.

Toward the end of my career, I was assigned to the United States Strategic Command at Offutt Air Force Base. The base chaplain—an Air Force officer—hosted a weekly Bible study during lunch. I started attending. I was a member of Omaha Atheists at the time and our “Adopt a Highway” sign had recently been vandalized. Someone had spray-painted a cross over the word “Atheist”. I asked the chaplain, Dave, if he’d be willing to host an “Ask an Atheist” event. He declined, explaining that he wasn’t allowed to support anything that didn’t have a clear religious purpose. We talked about atheism and Dave said that he would “be a terrible person if he didn’t believe.” Later, one of his talks included two slides about atheists. He made several points: (1) Anyone claiming to be an atheist is lying, because everyone believes in god. (2) They are lying because they are angry at god. They don’t have a good “father figure” in their lives, and they hate god because he is the ultimate “father figure.” (3) Atheists are morally corrupt…but we are all morally corrupt because of original sin. During the Q&A at the end of his talk, I pointed out that, up to this point, I’d believed that it was possible for believers and non-believers to have a conversation. What he’d just done, though, was to tell everyone there that they could ignore any argument made by an atheist because we’re all angry liars with daddy issues.

Dave wrote a letter endorsing my organization of a humanist group to serve the secular community entirely outside the bounds of his chaplaincy. Offutt Humanists are a private organization approved by the command to operate on base and have been meeting weekly for over a year. We’ve regularly done service projects, an educational display at the capitol, Day of Reason rallies, youth group events and barbecues. Though the group is still small it reminds the military leadership that there is a growing secular population in their commands. It also reassures secular soldiers and their families that they are not alone. 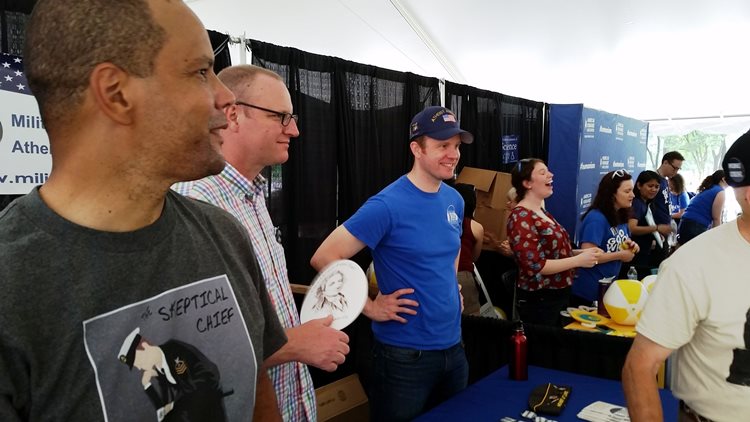