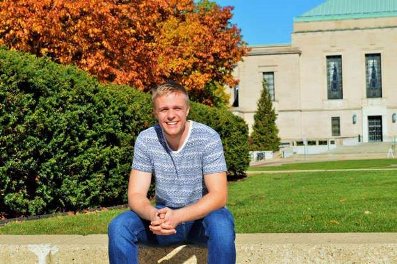 Steven Belstra doesn’t plan to invoke God when he gives the invocation at Monday night’s City Council meeting. The Grandville, Michigan man instead will suggest to city leaders that “we don’t turn towards faith or religion to guide government decisions, but rather good will towards all people in our community.”

Belstra is scheduled to give the invocation at Grandville City Council’s 7 p.m. meeting, at 3195 Wilson Ave. SW.

“I don’t expect controversy and I’m not going to make any controversy, but non-religious people are the fastest growing ‘religious’ group in the country,” Belstra said by phone. “I just want council members to think about everybody because when they’ve been having pastors giving invocations every meeting for years they don’t hear that other side of the coin.