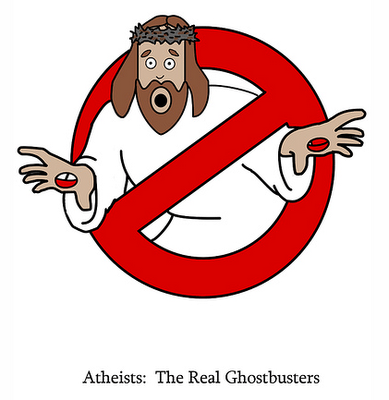 The New York Times ran a story this week about the newest club at a Florida school called the atheist club. An atheist teacher is the advisor of the club and tells the kids that "as an atheist, you have to be on your best behavior."

But this Florida high school is not the only one with a new club. USA TODAY reported in February that students in Chicago and Houston started atheist clubs — one called the Unbelievables and the other was set to be called Philosophy Club.

Some are being met with resistance. A student in Oklahoma said the principal characterized his atheist club as a "hate club," and other students said they had to meet secretly, USA TODAY reported.

After the New York Times ran its article this week on atheist clubs, in which they reported that about 20 high schools now have a club (just a few months ago there were just 12) and about 250 colleges have one, they asked students if people would join an atheist club at their school.

Out of the 25 that commented, seven said yes, there would be people at their school who would join, and 10 people said it would cause too much of an uproar or wouldn’t go over well. The other eight people made comments questioning whether there should be an atheist club at all in a school.

The Secular Student Alliance, which supports atheist and non-religious groups, sends out a 70-page guide to students wishing to start such a group. In all, the alliance reports that it has sent out information guides to 46 states, including Utah students at Salt Lake Community College, Utah Valley University and Weber State University.

The Deseret News reported earlier this year that there are more young people who are unaffiliated with a specific church than in years past, but research also shows that the millennial generation is more likely than two decades ago to pray daily.

But maybe it’s just that atheists are becoming more vocal than in years past. The New York Times found this to be the case a couple years ago and wrote in an article that "more than ever, America’s atheists are linking up and speaking out."