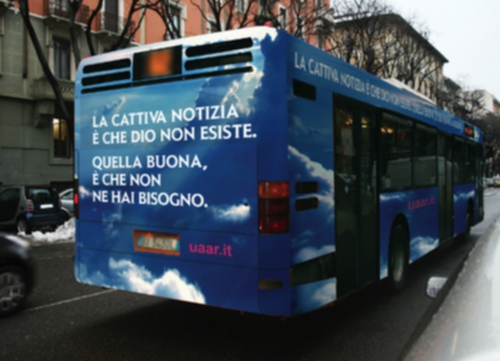 The Union of Rationalist Atheists and Agnostics (UAAR) in Italy has launched a billboard campaign to raise the visibility of atheists — which is no small task in country where more than 90% of the people are Christian (mostly Catholic). 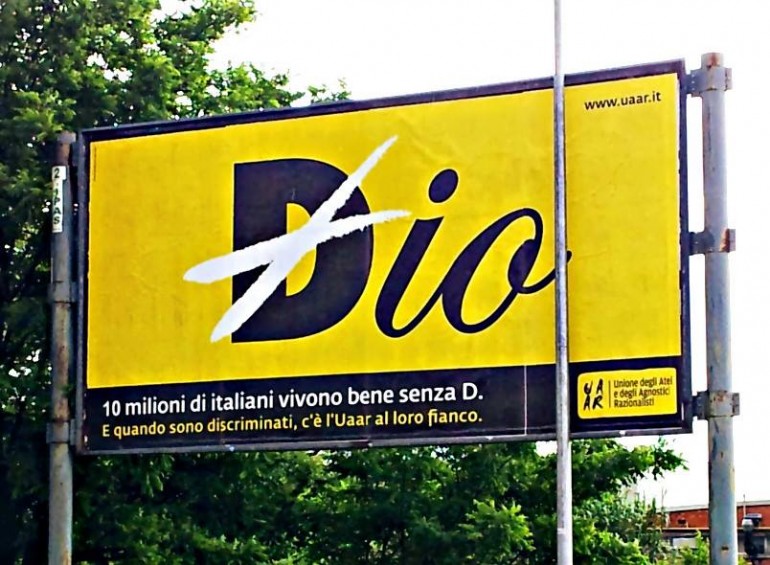 The image features the word “Dio” (meaning “God”) with the “D” crossed off, leaving “io” (meaning “I”). The words at the bottom remind viewers that “Ten million Italians live well without D.” The billboards were professionally designed by theZowart ad agency.

UAAR Secretary Raffaele Carcano explained why this campaign is so vital: We live in a society where non-believers are believed to be few in number and are often subject to unequal treatment. With our campaign, we want to remind people that approximately 10,000,000 people are (usually) good without God and that there’s a group committed to eliminating discrimination against them.

Three of the billboards can currently be seen in Milan while another ten are up in Bologna — more cities will join that list very soon.

This isn’t the first time UAAR has advertised for atheism.

In 2011, they put up billboards in Genoa and Venice knocking the tax money spent on maintaining the Catholic Church:

That roughly translates to: “With 6 billion Euro per year, Italy could work miracles”

In 2009, a more controversial bus campaign initially said “The bad news is that God does not exist. The good news is that you do not need him” (a mockup is below) 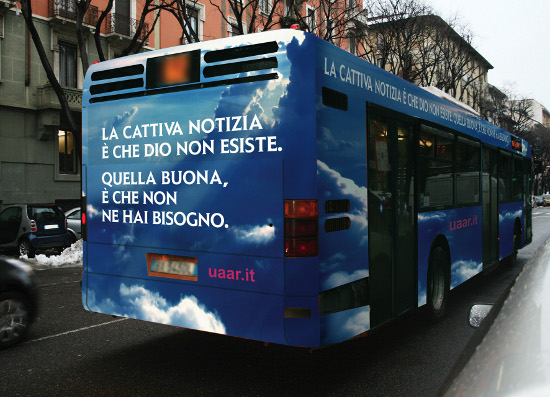 After ad agencies refused to participate, the campaign was reworded to: “The good news is there are millions of atheists in Italy; The excellent news is they believe in freedom of expression.”