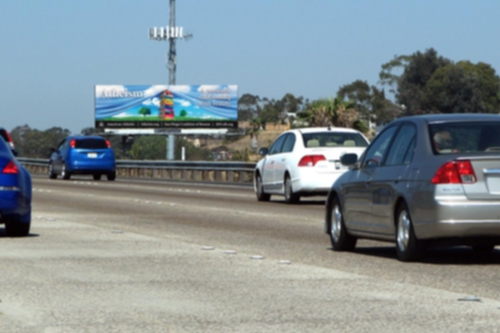 Over the last few years, atheists have been organizing like never before. We are putting up billboards and bus ads and startingstudent groups at universities and high schools. The media covers everything we do with much enthusiasm and that’s great. In a sea of religious propaganda, a message from atheists really is newsworthy.

Those asked to comment about atheism tend to have little understanding of who atheists actually are and what the message that atheist organizations are trying to get out there. The religious commentators are generally offended that atheists would even advertise our existence and then they generally follow that up with strawman arguments asserting that things like, “atheists believe in nothing.”

The newscaster never contrasts the atheist billboard or bus ad with religious ones in the area. There is no follow up conversation about the harm Christianity does or rebuttals to the fallacious arguments made by the religious commentator.

The real double-standard however, comes from the fact that atheists are rarely asked to comment on the latest religious news. When a Catholic priest is caught molesting kids, you never see a reporter asking a local atheist what he or she thinks about it. When some evangelical ridiculously asserts that a natural disaster is the fault of gays and atheists, why aren’t prominent atheist leaders or local atheists asked to comment?

Then there are the moral issues in which news networks gather panels of religious leaders to discuss. These panels rarely if ever have an atheist and/or humanist to give a point of view. When talking about issues like gun violence, drone strikes, abortion laws, contraception mandates, or other government policies, atheists should be included in those media discussion panels. If a network is going to invite more than one religious leader to talk on a topic, they should include an atheist too.

To make matters worse, news reporters often end segments covering atheists with some sort of dismissive comment before going to commercial. Oddly enough, they almost always go out of their way to be respectful to even the most ridiculous religious believer.

The media already knows that atheism gets rating, but what they don’t seem to realize is why. The answer is simple, “confirmed atheists” now make up at least 5% of the America population. That’s more than double the number of Muslims and Jews combined… and we’re growing! Religious believers usually only know what their leaders have told them about atheists, but they are curious. So when the news covers anything dealing with atheism, everyone watches. .

Check out some of the some of the news coverage of atheist billboards and let me know what you think. Is the media biased against atheists?