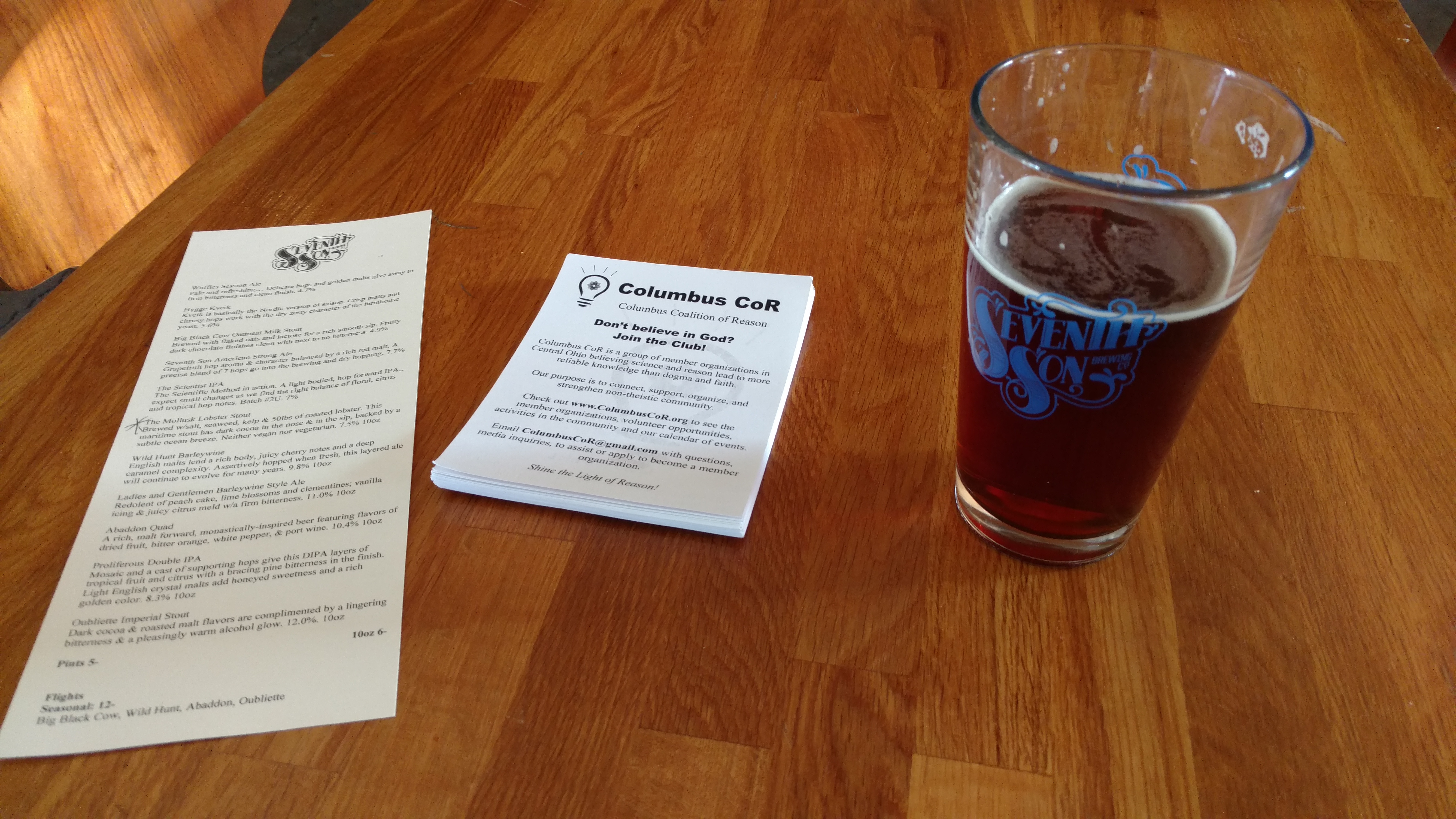 On Wednesday March 8, 2017, Columbus Coalition of Reason (CoR) sponsored a Charity Fundraiser Happy Hour at Seventh Son Brewing Company in Italian Village, north of Downtown Columbus, to benefit the Mid-Ohio Foodbank. Twenty people from multiple Columbus CoR groups showed up to support the local charity and the local brewery and raised $220. This fun event again paired great conversations with some of the best local craft beer in Central Ohio. 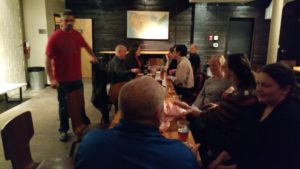 Columbus CoR is working with other local breweries to do similar events and will hold an event celebrating The National Day of Reason at The Actual Brewing Company on Saturday May 6, 2017. RSVP on Facebook or on Meetup with Central Ohio United Non-Theists (COUNT) or Omnipresent Atheists (OA).

The next Columbus CoR event is this Thursday’s Bleed-N-Feed where Red Cross blood donation is followed by dinner at a local restaurant with fellow Humanists. COUNT collects and reports results to Foundation Beyond Belief to publicize non-theist charitable efforts and improve the reputations of humanists and atheists. RSVP with the Humanist Community of Central Ohio (HCCO) or COUNT for March 16 and HCCO or COUNT for May 18.

COUNT, COGA, HCCO and OA are members of the Columbus Coalition of Reason.