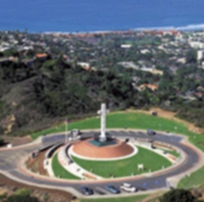 Here it comes again. On May 3, the nation will once again be subjected to the annual fiasco wherein conservative Christians utilize the apparatus of government to publicly exalt their theological beliefs, to ensure that their vociferous anti-secular views are promoted as official state doctrine. I refer, of course, to the religious pandering known as the National Day of Prayer.

As a humanist, I would not bat an eye if the nation’s churches privately banded together to promote a non-governmental National Day of Prayer. If the country’s evangelical leaders, Catholic bishops, and other clerics – without using the machinery of government – felt that a nationwide interfaith event encouraging prayer would be somehow beneficial, they would have my very secular blessing. Enjoy your day of prayer, folks. Knock yourselves out.

But the religious activists behind the National Day of Prayer are not content with their religious freedom. Instead, they have a compelling need to see their government (which also happens to be mine and yours) sponsor the annual prayer event and issue proclamations, preferably accompanied by grandiose ceremonies, validating their supernatural theological beliefs.

To an inattentive observer the NDOP may seem like a broadly inclusive event that pays respect to the beliefs of all theistic religions – Christianity, Hinduism, Islam, Judaism, etc. – but in practice such ecumenical goals are absent. In fact, the NDOP is driven by a narrow fundamentalist Christian cartel that sees the entire affair as a means of promoting its worldview.

When we look at those behind the NDOP, we see not a broad interfaith coalition but a tight-knit roster of Religious Right figures. The NDOP Task Force readily concedes that it exists “to mobilize the Christian community to intercede for America’s leaders and its families,” and it cites numerous New Testament passages to support its mission. Religious liberals who see the NDOP as benign should realize that the event’s most visible backers have an underlying agenda of attacking science, rewriting history, denying rights to women, tearing down the wall of separation between church and state, and opposing LGBT equality.

The task force is headed by Shirley Dobson, wife of James Dobson, cofounder of the anti-gay, fundamentalist religious activist group Focus on the Family. Her “ministry partners” include a list of about two dozen conservative Christian groups, such as the American Family Association, the Campus Crusade for Christ, the Alliance Defense Fund (which reportedly exists to “confront the ACLU and other like-minded organizations to keep the door open for the Gospel in America”), Every Home for Christ, the Family Research Council, and similar organizations. This posse of righteousness does not even represent a fair cross-section of Christianity, let alone the more broad religious diversity of the nation, for its overwhelming emphasis is conservative Christianity.

Dobson and her colleagues suggest that the NDOP is a longstanding tradition in America, but such a pitch is a gross exaggeration. In fact, this annual fundamentalist holiday traces back to two pieces of legislation, one from the McCarthy era and the other the Reagan administration. The McCarthy-era legislation, passed in 1952, dictated that the president shall declare a National Day of Prayer annually, and the law signed by President Reagan three decades later established the first Thursday in May each year as the NDOP. (Before that, the president could select any day.)

Contrary to what the Religious Right claims, official federal prayer proclamations were rare before 1952, even though they would have been more understandable in the early days of the Republic, when the idea of secular democracy was new and the nation was much less diverse. Though prayer decrees occasionally occurred before 1952, the nation often went decades without one (and some presidents who issued proclamations, such as James Madison, later wrote that they regretted doing so).

Compare this to today’s atmosphere, where religious fundamentalists go apoplectic if the president acknowledges the day but in a low-key manner, as Barack Obama has done. Whereas George W. Bush made the day a very high-profile, celebratory event – a sort of reward to his far-right Christian supporters – Obama has been more subdued, issuing a proclamation as required by law, but without much pomp. The Christian right is critical of such restraint, suggesting that such a sober approach to the NDOP amounts to hostility to religion.

There is some consolation for nonbelievers. In recent years organized atheists, agnostics, and humanists, faced with their government promoting prayer, have initiated an alternative celebration for the first Thursday of May each year – a National Day of Reason. Contrasting nicely with the idea of prayer as a problem-solving mechanism, the NDOR sees secular groups participating in various community-oriented events that actually achieve tangible results – blood drives, food banks, etc.

It speaks volumes for the state of today’s America that the day of prayer is government-sponsored, whereas the event exalting reason is not. Surely Jefferson, who refused to declare any official days of prayer during his presidency, would not approve.