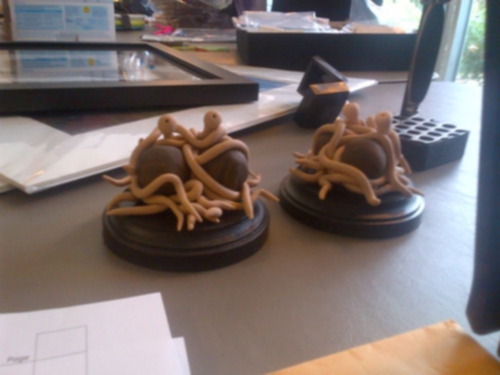 Final results are in for the November 2, 2013 FSM Benefit Dinner. 128 diners enjoyed the noodley goodness prepared by 34 volunteers from local humanist, atheist, and skeptic groups. This fun-filled event featured a raffle and silent auction of items donated by 21 area businesses and local artists/donors. Musicians alternated with presentations to entertain diners. Three Camp Quest representatives were on hand with activities for children.

The event was held at the First Unitarian Universalist Church of Columbus. Melissa Lawson served as master of ceremonies ably assisted by her son Vlad, both in Pastafarian pirate regalia. Diana Cunningham, Avery Winston and Derrick Strobl each gave brief talks (see inset). Karen Thimmes, Melissa Lawson and Drew Stedman and the Cosmic Nothings gave wonderful musical performances. The 34 volunteers who produced the event are members of the following groups:

Businesses and individuals that donated food (or gift cards used to purchase food) for the dinner and items for the raffle and silent auction include: